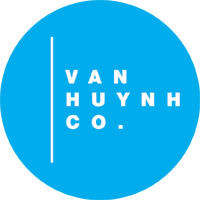 the then + the now = nowtime at Ruhrtriennale

Commissioned by and first performed at Maerzmusik in 2019, Mitchener brings this work to the Ruhrtriennale Festival with her collaborator Dam Van Huynh.

the then + the now = now time is an artistic quest to politicize the past, undoing and unsettling time and space using music and movement. Born in East London to Jamaican parents, Mitchener’s artistic work as a vocalist, movement artist and composer is permeated by the awareness of past and present forms of discrimination, post-colonial wounds and their effects on humanity. “We will inhabit a concept of remembering as an act of responsibility. An act that in turn is ultimately liberating and healing.” Elaine Mitchener

We are delighted to announce the 3rd edition of Kolkata’s (India) biennial Dance Bridges Festival. Associate Director of the Festival, Dam Van Huynh will lead a residency, creating a new work with local performers alongside Van Huynh Company artists.
This edition’s theme “The Sense of Intimacy” reflects a wide range of shows connecting audiences to personal stories from artists around the world. We will explore performances in unconventional settings and bring the viewers closer to the performers to create a space for unique and personal encounters.

There’s nothing in my mind before I start a work. There is no pre-conception, there’s no sense of something having to be of a certain quality. That’s my adventure; moving into some unknown territory so that I can surprise myself.” Robert Rauschenberg, 1995

the then + the now = nowtime at MaerzMusik

the then + the now = now time is an exploration of Walter Benjamin’s notion of “Eingedenken” – a historical consciousness in which the past is not understood and glorified as something closed and complete; a form of remembering that emphasizes the past’s relentless presence. Against the mediating, conciliatory thrust of Erinnerung (memory), Eingedenken remains true to suffering in the past by refusing reconciliation with past wrongs.

“We will inhabit a concept of remembering as an act of responsibility. An act that in turn is ultimately liberating and healing.”
Elaine Mitchener

As Van Huynh Company embarks on a new creation, we invite dancers to join our morning classes:

Classes will be led by Dam Van Huynh / artists of the company / guest artists.

DEP by Dam Van Huynh was presented at Edinburgh Fringe Festival from 3rd until 18th August 2018 at ZOO Southside. The work received a great response from audiences during our 14 performances, collected excellent reviews and won an Asian Arts Award for best directing.

Winner of the Asian Arts Award for Best Directing 2018

“We, and the dancers, are forcefully confronted with our frailty, but also, ultimately, with our capacity for regeneration. Life goes on.”

“A powerful work with a terrible beauty all of its own.”

“A raw and visceral production that transcends the need for verbal communication, ĐẸP looks behind closed doors and stands defiantly in its appreciation of human fragility.”

Feature in the Guardian

“throughout Dep, I am on the edge of my seat.”

Dam Van Huynh’s Dep (Zoo, Southside) was inspired by Vietnamese rituals for the dead. Set to an unobtrusive but haunting score by Martyna Poznańska, and performed by four men and two women, all nude throughout, the piece tracks the process of loss. The dancers lurch off balance and collapse like sheds, poleaxed by grief. They effortfully reanimate each other. It’s a raw process; Van Huynh’s roiling, sweaty bodies are as actual as they are metaphorical. We, and the dancers, are forcefully confronted with our frailty, but also, ultimately, with our capacity for regeneration. Life goes on.

I am still processing (Some)Body when I take my front-row seat at the larger Zoo Southside venue, for Dep, where I am met by six, lit-up nude performers. The audience too, is illuminated. Minutes pass. A field recording of a Vietnamese funeral chant – choreographer Dam Van Huynh did six weeks’ research in the country – breaks the silence.

Van Huynh was born in Vietnam, but left after the war when he was five, and moved to the US. Now based in the UK, he was keen to explore his cultural heritage. One of the ideas that interested him was how, in Vietnamese culture, death is also a form of rebirth. When a person dies, “the family and community enact rituals that will enable the deceased to pass into another realm”.

When people talk about being on the edge of their seat, a penalty kick in a World Cup final comes to mind, or the million-pound quiz question. But throughout Dep, I am on the edge of my seat. Even when the only thing being anticipated is stillness. At other times the dancers run at such speed that they collide, like molecules knocking into each other. They carry each other’s prone bodies; writhe and convulse on the floor, fish drowning on dry land. At one point, two dancers are arranged by the others to rest towards each other in a sort of inverse position to Marina Abramovic and Ulay’s famous Rest Energy piece.

None of the performers has ever danced naked before. “I feel constantly a mixture between strong or vulnerability,” Ieva Navickaite says. Her colleague, Marta Masiero, adds: “Definitely everyone faced some psychological things. We worked towards finding each other and building trust, finding a vocabulary that we could all share.”

The rapport between the dancers is apparent both when they dance and when they chat. It is a multinational group: British (Marley Seville, Paul Davies), Lithuanian (Navickaite), Italian (Masiero, Tommaso Petrolo) and French (Marc Krause). The dancers are representative: white, black, older, younger, differing in body shape. The colour referred to by the word “nude” is almost always salmon-pink, which is obviously not the case. Masiero talks about how the female dancer’s naked body is often androgynous and flat-chested. “For me that was slightly daunting. But [Dep] has helped me accept the way I am and find incredible freedom within my body.” It’s a point all of the dancers agree on.

Repetitive movements are reminiscent of tribal rituals, some primal. While Van Huynh chose the title Dep, which means beautiful in Vietnamese, I ask the dancers if they can describe the work in just one word. Their answers are as follows: “Resilience”, “human”, “an eyeful”, “introspective” and “alive”.

ĐẸP is a Vietnamese word that translates as ‘beautiful’, and is also the starting point for Dam Van Huynh’s dance work that explores the nature of the human condition, taking inspiration from his Southeast Asian heritage.

One by one, the six dancers walk to the front of the stage and stare intently at a house-lit audience. By societal convention, their nakedness makes them vulnerable, bare and exposed in a room full of voyeurs; but as they stand in defiant silence it becomes apparent that they are in fact looking at us – illuminated and unprotected by the overhead lights. Perhaps we are the vulnerable; perhaps it is the other way around?

As with any dance piece it is vital to consider the context through which the creator has taken inspiration. In this case, choreographer Dam Van Huynh considers the notions of death and rebirth, and their prevalence in his native Vietnamese culture. Forced to flee at the age of five to America as war refugees, he comments on his own rebirth within another country. Furthermore, in Vietnam death is a form of rebirth and commences a series of rituals which facilitate the deceased’s transition into another, higher state of being. ĐẸP takes this cyclical journey and delves into the crux of human nature – striving to find the core of what personhood is and the primary emotions which bind us.

The dancers are accompanied with sounds curated by Martyna Poznańska, many of which incorporate field recordings made in Vietnam. The human voices within, particularly the recording of the traditional folk song which began the performance, brought a sense of authenticity; and with it a sadness for the reality of the suffering explored throughout.

Movement throughout the piece is carefully designed to portray a storyline of human and emotion and more abstract concepts – often the choreography is impressionistic and seeks to encapsulate the idea of a ‘moving image’ which Dam Van Huynh set out the achieve. A raw and visceral production that transcends the need for verbal communication, ĐẸP looks behind closed doors and stands defiantly in its appreciation of human fragility.

This may be a good place to introduce yourself and your site or include some credits.