Glam, The most glamorous version of yourself

The most glamorous version of yourself

Glam is a 25 minute vibrant dance and circus cabaret, a humorous outdoor street performance celebrating fabulousness. Audience members are encouraged to join in the fun to dance with the cast in this gloriously fast paced show of acrobatics, hand to hand, disco, feathers, glitter and glamorous make-up!

This colourful performance highlights the power of bringing people together through dance, popular music and invites each of us to celebrate the most fabulous part of ourselves. Inspired by club culture and the journey of the LGBTQ+ community, Glam is accessible to all ages and backgrounds.

Founded in 2005 and based in London – UK, Etta Ermini Dance Theatre aims to explore and animate the human condition through cross art form collaboration and storytelling. Etta Ermini Dance Theatre specialise in creating and touring outdoor productions, of which today they have developed a portfolio touring in the international market and recognised within the outdoor sector. www.ettaermini.com

Van Huynh Company was formed in 2008 as a creative base to support Dam Van Huynh’s work and collaborations. Located in Hackney – East London, it is also the creative driving force of Centre 151, promoting arts/culture and community integration at every level. www.damvanhuynh.com 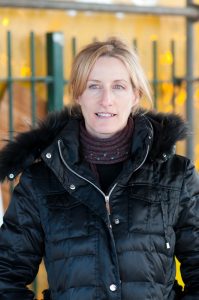 Etta Ermini trained in drama and dance in Belgium and also completed a MA in European Dance Theatre Practice at Laban. Etta Ermini Dance Theatre was founded in 2005 with the aim to explore relationships through cross art form and storytelling techniques. The physical theatre company works with an interdisciplinary approach examining relationships through dance, theatre, spoken word and other creative disciplines. In extracting elements of the absurd, the company uncovers the dark humour in dramatic events and together with audience interaction weaves this into a series of theatrical vignettes for a range of audiences. The company is committed to making fun and entertaining in- and outdoor work that appeals to all ages and backgrounds. After two highly successful outdoor productions, Roadworks (2009, commissioned by Big Dance/The Blue Elephant Theatre) and Picnic (2011, commission by Fuse Medway Festival/Arts Council), which have been touring widely in the UK and abroad we are now inviting audiences to enjoy a drink at your local pub and watch our Bar Story unfold.

Originally from Southern Vietnam, Dam Van Huynh is a UK based dancer/choreographer. As a child refugee, his family and he fled Vietnam after the war and settled in the USA where Dam was raised. Dam graduated from The Boston Conservatory and has worked as a performer with various companies and choreographers including The Nevada Ballet, Merce Cunningham, Portugal’s Companhia de Dança Contemporânea – CeDeCe, Richard Alston and Phoenix Dance Theatre. He founded his company in 2008 – Van Huynh Company and is now also artistic director of Centre 151 in London, where his company is based. From the very beginning, his work was distinctive and reflected his deep interest in redefining the body and its movement capability. His choreographic works have been performed internationally and include commissions by National Dance Company of Mexico, Unlock Dancing Plaza – Hong Kong and Fóramen M. Ballet – Mexico. Dam regularly collaborates with composers and musicians such as vocalist Elaine Mitchener, Dai Fujikura, Tansy Davies, David Toop, Rie Nakajima.