Nguyen is a freelance dancer – living and working in Hoi An, Quang Nam. After graduating in traditional folk dance in 2017, Nguyen challenged herself with different roles: choreographer, dance teacher and dancers for companies such as: Charming Da Nang and Gami Theme Park – Memories of Hoi An. In 2018, Nguyen started to approach contemporary dance through her participation in Palao – Phu Sa SE. In 2020, she took part in Ngo Thanh Phuong’s X PROJECT as one of the five main dancers of the show. By directly accessing contemporary dance in this project, Nguyen began to feel the sense of release in her thoughts and mind. Nguyen’s movements stem from the way she has dealt with relationships, survival as well as internal contradictions. She is keen to dig deeper into the relationship between body and mind, space and time. The journey of understanding contemporary dance sets her free from stereotypes whilst discovering that our body is so strange and full of mysteries. 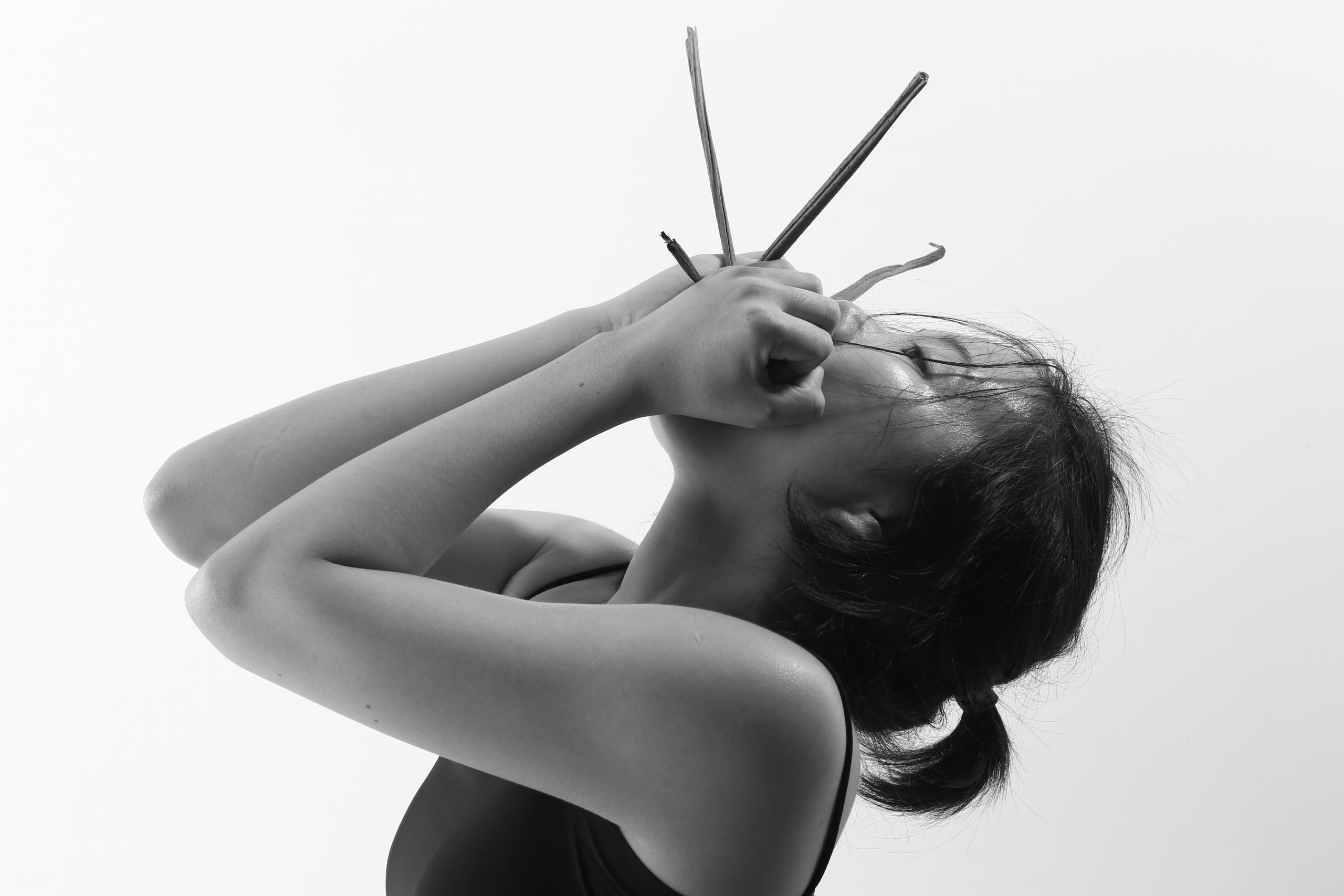 Thuong Le is currently an active popper in FUNKY SOULS crew, Hoi An. Thuong is passionate in body movement and becomes more and more interested in developing intentional and creative moves. By participating in the X-PROJECT project of choreographer NGO THANH PHUONG, Thuong had the chance to come in touch with contemporary dance. Her experiences with X-PROJECT is her different experiences with each person and their own stories. X-PROJECT rehearsal space is where Thuong created new movements, new space, gradually liberating the internal space and turning it into movement. Thuong Le’s engagement in The Body As workshop by artist Nguyen Chung also marked a significant point in her search for inner connections. 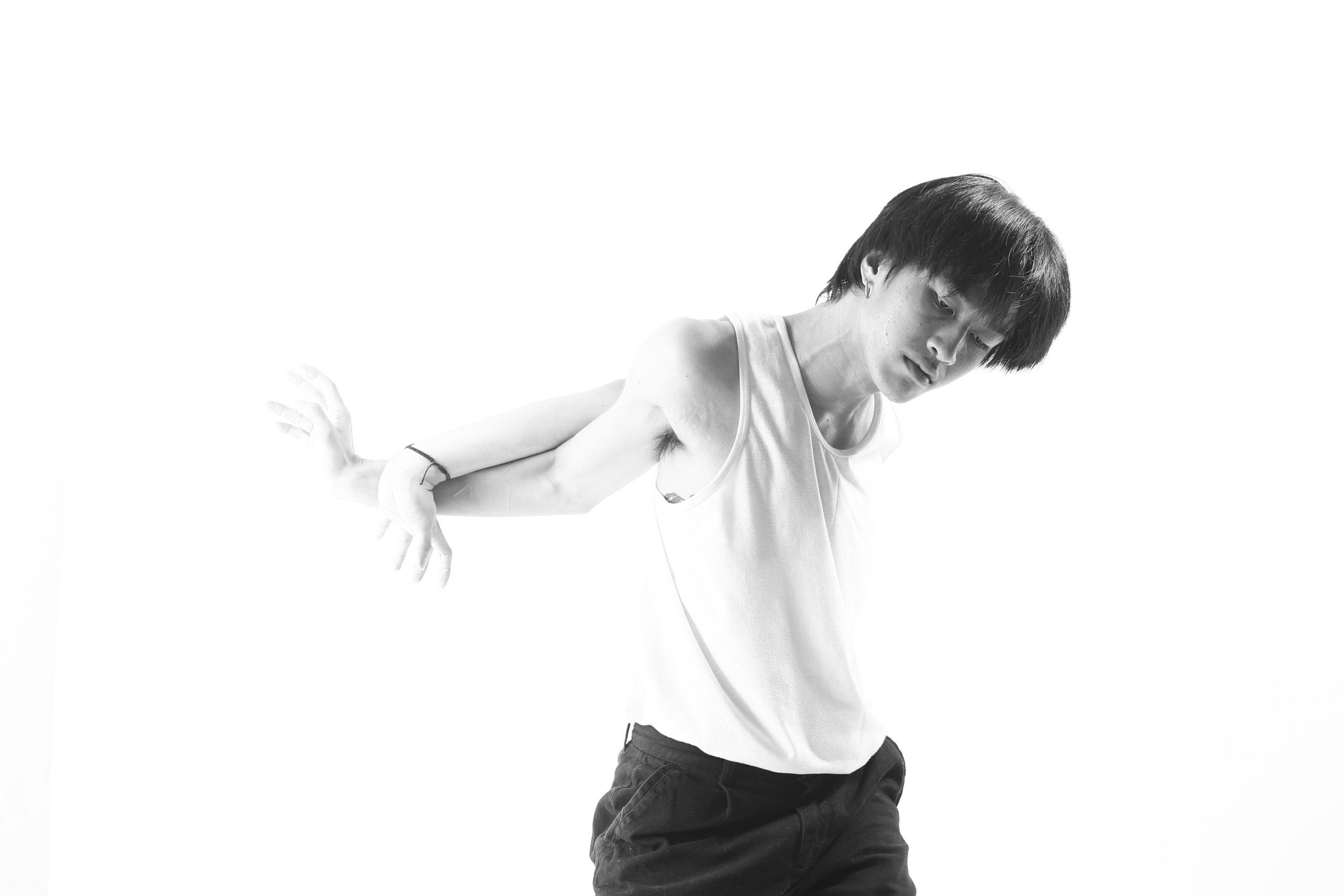 Trained as a Popper, Hoang Anh found a way to contemporary dance to present his flow of thoughts through the movement of the body. That’s why he moves so instinctively. He has his own universe where he can dance to the sound of his soul. Each of Hoang Anh’s movement is the fusion between the sense of freedom from hip hop and the breath of contemporary art. He does not bother to define what his path is. X-PROJECT can be considered as Hoang Anh’s first step into the contemporary field. In the process of building this dance piece, he expands his knowledge and understanding of the body. 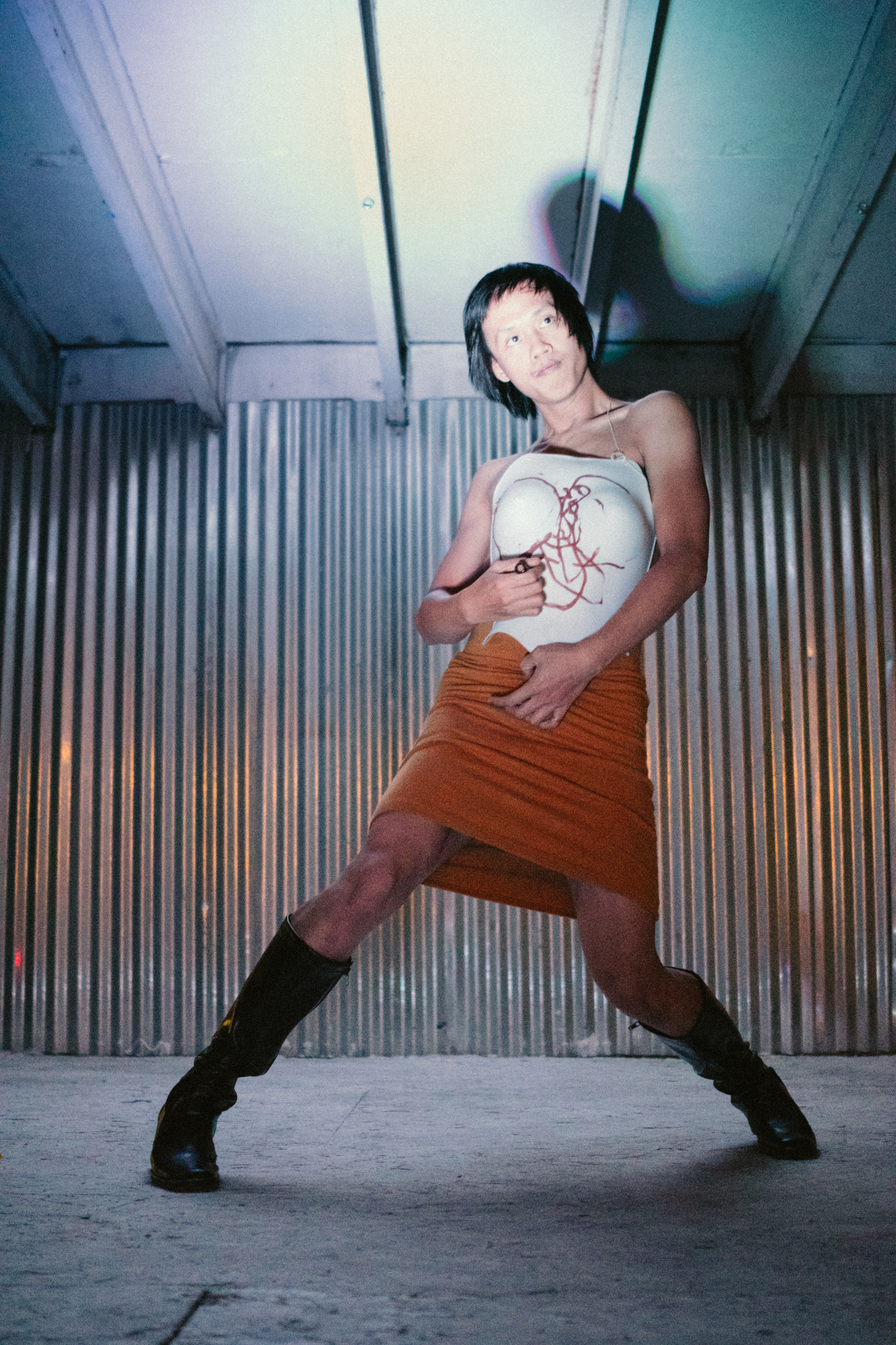 Dat Nguyen is a movement and visual artist who was based in Salt Lake City, Utah until recently returning to his native Vietnam. He received his BFA degree in Dance at Sam Houston State University and is finishing his MFA degree in Modern Dance at the University of Utah.
Throughout his dancing career, he has worked and collaborated with notable choreographers, such as Christian von Howard, Maurice Causey, Gerard Theoret, Lesley Telford, Daniel Clifton, Eric Handman and Maya Gurantz. In 2013, he became a founding member of Nicolay Dance Works, a contemporary modern dance company directed by Dana Nicolay in Texas.
As a choreographer, Dat often employs collage as narrative vehicle in order to heighten the somatic experience of his complex identity. He also turns to different visual media/technologies, notably photography and videography, to investigate their often-intangible relationship with movement. He founded MotionVivid in 2014 to further his research and expand his artistic practice to local communities that he engages. In 2018, he received a residency from the Sugar Space Foundation and Salt Lake County Zoo, Arts, and Park program to stage an evening length work. His theatrical works and collaborations have been presented at multiple venues and festivals across the country, including Versatility Dance Festival (Colorado), the Jack Crystal Theatre, The Tank theatre (New York), Small Plate Choreography Festival (New Jersey), Utah Museum of Contemporary Art, Rocky Mountain Choreography Festival, The Great Salt Lake Fringe Festival (Utah), Bailando International Dance Festival, Jim & Nancy Gaertner Performing Arts Center (Texas), Highways Performance Space & Gallery (California), and Dibden Center for The Arts (Vermont).
His photography has been featured in major publications, including Salt Lake City Weekly, the Daily Utah Chronicles, SLUG Magazine, The Utah Review, Front Row Reviewers Utah, loveDANCEmore, and PhotoVouge by Vouge Italia.
Critic Les Roka from The Utah Review describes his work as “commanding even those audience members who think they are progressive and enlightened sufficiently to realize that many artists might prefer playing it safe in Utah’s peculiar culture of sanctioned perfectionism.”
In 2019, before returning to Vietnam, he was a founding members of Queer Spectra Arts Festival, which brought local and international LGBTQIA+ identified artists to Salt Lake City to showcase their artworks and engage with audiences through meaningful discussions surrounding pressing issues in contemporary LGBTQIA+ discourse.
At the moment, Dat focuses his research on performance and its relationship to the spectacle – a theory developed by French philosopher Guy Debord that tackles inequality and injustice in terms of mass media, entertainment, and arts within capitalist economy.

Red (aka Nguyen Hai Yen, Viet Nam) plays with (sign) language(s), water, mirror and emptiness and sees herself as Borges’ Funes the memorious after being thrown by a half-tamed horse and becoming physically paralysed decided to reduce each of his past days to some seventy thousand memories. She started practising moving image at Hanoi Doclab since 2015 and has made few short films including Homeless (2016), Water dreams (2016) and her latest one Summer siesta: 6th hour counting from dawn (2017) (produced within Hanoi DocLab’s film and photography serie project Realities instructed and curated by Jamie Maxtone-Graham). Her films were screened at such programs as Quest Festival, Hanoi Docfest 2017, Cold Call Film Festival (February, 2018). Water Dreams has won first prize for Quest x Doclab Short Film Competition. Summer siesta: 6th hour counting from dawn was exhibited at Fundacion PROA (Buenos Aires, Argentina) following the program of Artists Film International 2019 (nominated by Hanoi DocLab) from Feb 1 – March 3. She is a member of AJAR Press, an independent publishing house based in Hanoi that supports underground voices. She has translated 2 books including Breed me: a sentence without subject (2016, B.B.P Hosmillo) and Indigenous species (2017, Khairani Barokka). She was one of 5 Vietnamese writers that joined the program Literature Tandem (November, 2018) of the Goethe Institute and Literarische Colloquium Berlin. She has been working in the performing arts since 2016 and has been presenting experimental poetry performances with AJAR Press. In December 2018, she directed and performed Orphean Hymn – an experimental poetry performance show created specially for Hanoi New Music Festival 2018. She joined Đường chạy 0.3 (16.01.2019 – 21.01.2019) with Nhung Nguyen Soundawakener and Trang Ly – a group exhibition curated by Phan Anh and Vicky Do. Recently, she was performing for UNESCO’s event Know your body (27.12.2019). She was a one of the few Southeast Asian artists that were chosen to join Animistic Apparatus (Thailand, April 2019) organized by May Adadol Ingawanij as a filmmaker and a performer. Her first art residency was at Á Space (Hanoi) in June 2019. She recently launched her producing company specialised in contemporary dance production. In 2019, she produced a new dance theatre piece titled Method for H2Q Art (Vietnamese Independent Contemporary Dance Company) in collaboration with New Zealand choreographer Ross Mc.Comack. In 2020, she produced L’EGO (Kinergie Studio) and X-PROJECT (a dance piece by Ngo Thanh Phuong). She currently produces Ngo Thanh Phuong’s new project called Through the door then… co-funded by British Council and Asian Cultural Council. 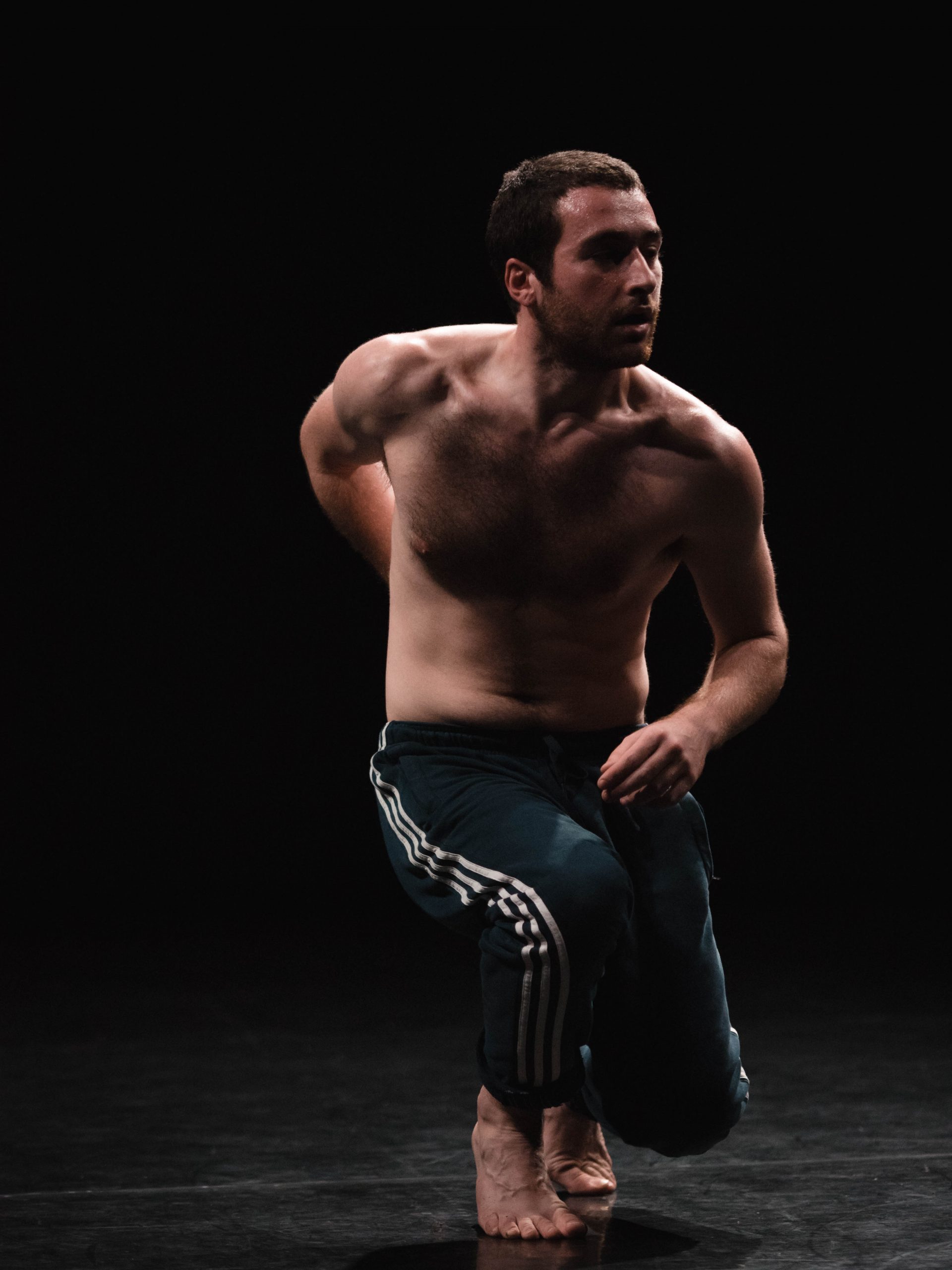 Originally from Rome, Tommaso graduated at Balletto di Roma in ballet technique and after a few years he moved to NY to complete his studies in contemporary dance at Peridance Capezio Center. In NYC Tommaso joined Peridance Contemporary Dance Company, under the direction of Igal Perry. He has worked with choreographers such as Sidra Bell, Francesca Harper (Forsythe), Charlotta Hofverholm (DV8), Manuel Vignoulle (Cedar Lake), Gregory Dolbashian (The Ensemble).

Tommaso moved to the UK in 2016 and currently works as dancer and Artistic Assistant for Van Huynh Company under the direction of Dam Van Huynh. He is also a company member of Rendez-Vous Dance directed by Mathieu Geffre, Nuadance with Neus Gil Cortes and has worked with Tavaziva and Rob Heaslip Dance Company. Tommaso is an active teacher delivering in renowned institutes in the UK, across Europe, U.S.A., Latin America, India and China. 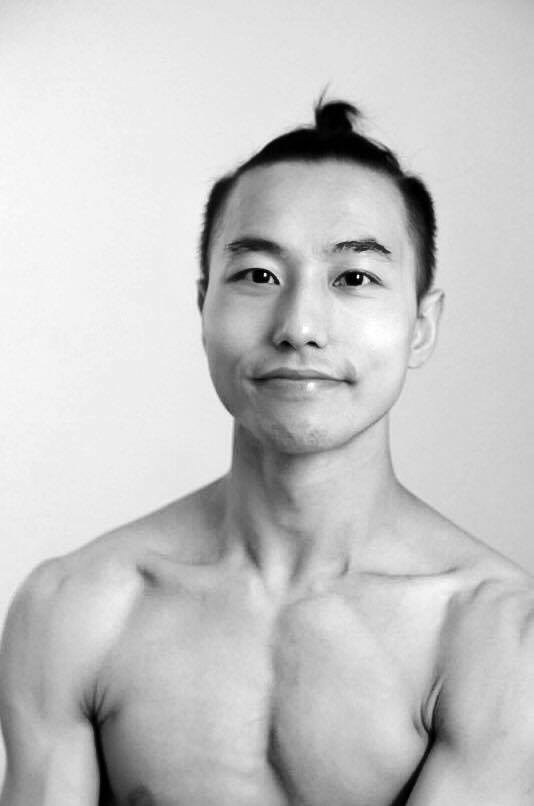 King was born and raised in Hong Kong. He graduated from The Hong Kong Academy for Performing Arts (HKAPA) majoring in contemporary dance in 2015 and received his masters degree from London Contemporary Dance School in 2017. In his professional life, King has been actively engaged in collaborations and performances with local and international artists and dance companies; Clod Ensemble (UK), Neon Dance (UK), Philippe Blanchard (France), Panorama Dance Theatre (Switzerland), Katie Yau (HK) and Wayson Poon (HK) to name a few. 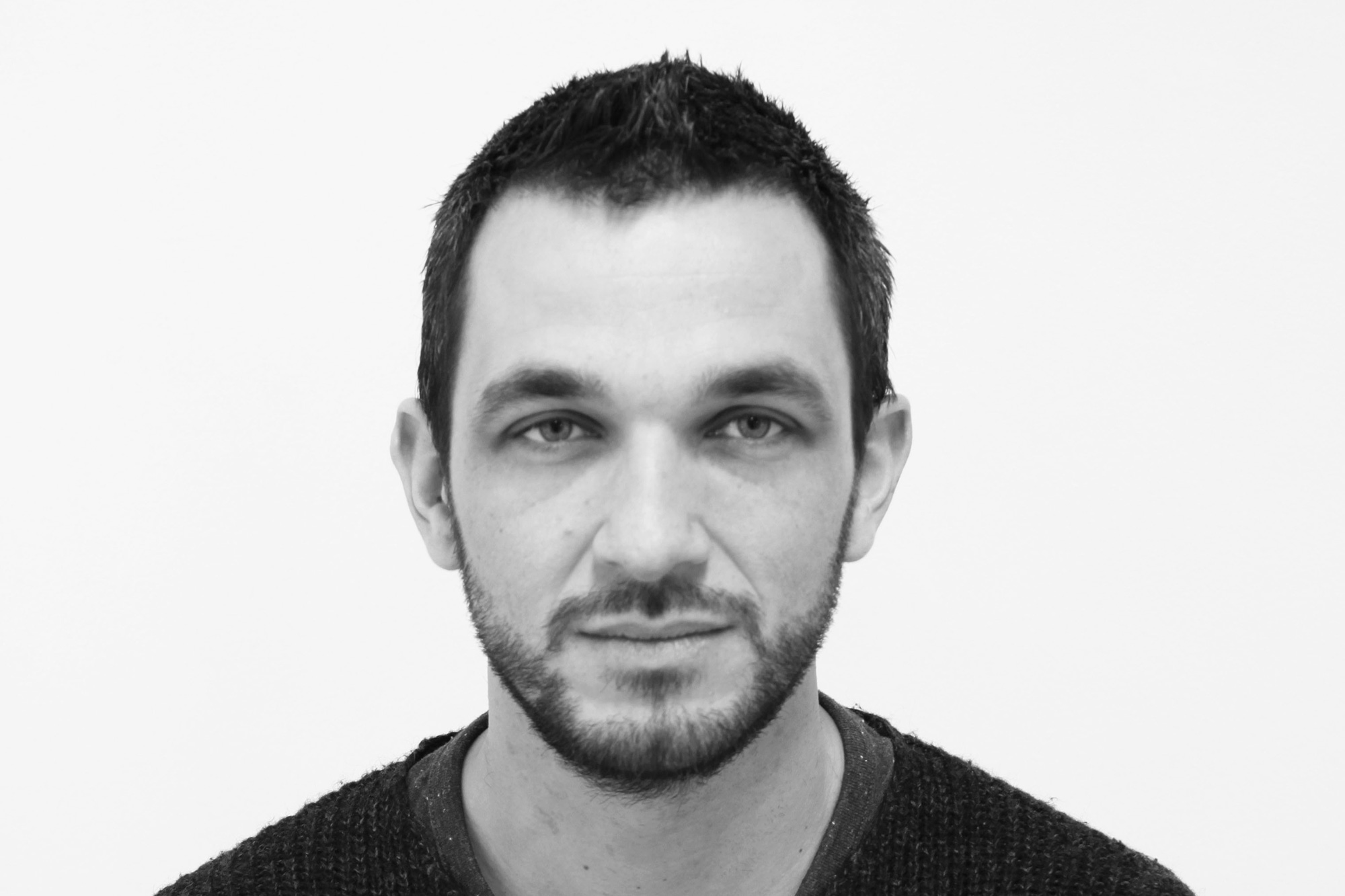 Pierre is an independent producer based in London. He has been working in the field of the Performing Arts over the past 14 years, currently producing the work of choreographer Dam Van Huynh, vocalist Elaine Mitchener and choreographer/director Etta Ermini. He also manages Centre 151, a Community Arts Centre based in East London, homebase of Van Huynh Company and hosting many more London based artists.
Originally trained in France as a musician and actor, he specialised in Arts Management obtaining a Masters degree at Université Lyon II. He has worked in the past for Alliance Française Gijón in Spain, TJP Strasbourg in France, Grand Theatre Luxembourg and Phoenix Dance Theatre in Leeds.
Pierre is on the programming team of Dance Bridges Festival, a biennial international dance festival based in Kolkata – India. Having also spent an extended period of time in South East Asia, he is interested in cross-border collaborations. He is particularly passionate about artists pushing boundaries in their own art form and open to form new connections.

Back to Main Menu